Wearing a natural white hakama (huge-legged pants worn over a kimono), a young Japanese lady appears on a degree in the glass-protected atrium of the Cleveland Museum of Art (CMA) Cleveland, Ohio.

She bows to the audience, turns to the gilded folding screen that is still blank and touches it gently, then sits down move-legged and bows deeply to the display screen three times. 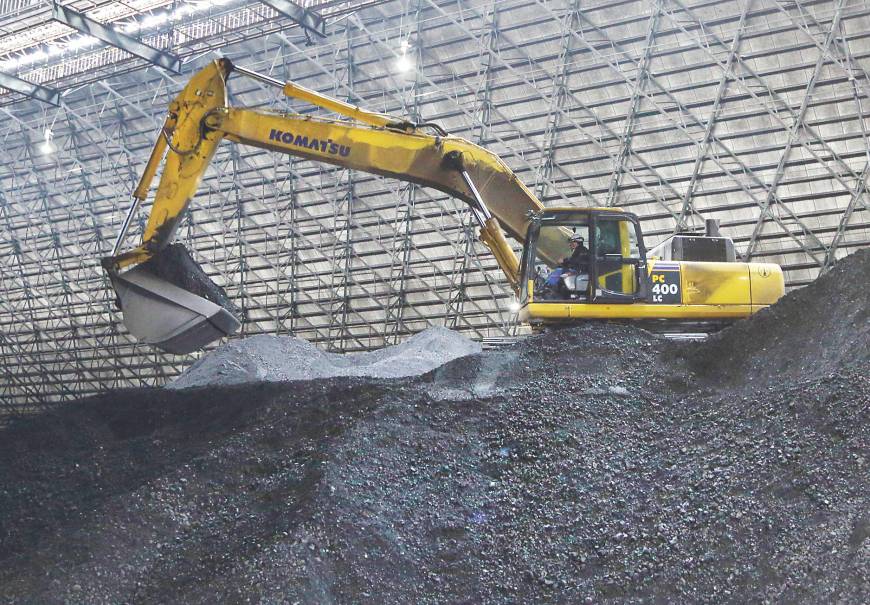 Miwa Komatsu sits go-legged in front of a gilded folding display on a degree at the Cleveland Museum of Art on May 11. The song featuring the jingle of Suzu (Shinto bells) and haunting woman choir voices of the ancient-Japan-inspired “Reincarnation” song, she stands and starts offevolved portray.

Putting Sumi ink on a brush, she makes broad strokes to attract ovals inside the center of the display, accompanied by a vertical axis in among and a dynamic arc in ambitious red.

Audience contributors watched raptly at a stay portray overall performance through modern-day artist Miwa Komatsu that came about earlier this month as a part of the museum’s ongoing exhibition “Shinto: Discovery of the Divine in Japanese Art.”

“We regularly consider the involvement of a male priest as the main man or woman for a Shinto matsuri (pageant), but I experience Komatsu-san is doing something that connects us back to what used to be a totally established subculture of ladies serving as oracles at shrines,” said Sinead Vilbar, curator of Japanese artwork at CMA.

Sinead Vilbar, curator of Japanese art at the Cleveland Museum of Art and organizer of the exhibition ‘Shinto: Discovery of the Divine in Japanese Art’, speaks to The Japan Times on May 11 inside the TATSUYA AZUMA.

Inspired by using the 2006 acquisition of a wooden statue of a youthful Wakamiya kami (deity) by using the Princeton University Art Museum whilst working as an assistant curator of Asian art there, Vilbar generated the idea of an exhibition on Shinto artwork and spent more than 10 years making ready to make it a fact.

It is assumed that Shinto was born in Japan, evolving from an advanced shape of religion that worshiped nature and one in which historic people sensed the presence of sacred spirits. People venerated such spirits as kami. Since Buddhism’s appearance in Japan all through the sixth century, the amalgamation of Shinto and Buddhism stepped forward all through Japan’s records.

The exhibition gives spiritual art that flourished due to this precise fusion of kami veneration and Buddhist practices. With cooperation from the Nara National Museum, the exhibition brings together one hundred twenty-five works from museums in Japan and the U.S. and shrines and temples throughout Japan. On display are works of calligraphy, portray, sculpture, dress, and ornamental arts from the tenth thru the nineteenth centuries, consisting of treasures in no way before seen out of doors Japan and a tremendous wide variety of works unique as Important Cultural Properties through the Japanese authorities. Among the highlights are wood sculptures of seated Tenjin and splendid folding monitors that depict numerous festivities. Seated Tenjin, 1261. Kamakura period (1185–1333). Wood with pigments; h. Eighty-three.Five NARA NATIONAL MUSEUM

In 2013, Villar had an opportunity to attend a single renovation event in the Izumo Taisha shrine in Shimane Prefecture, one of Japan’s most revered and oldest Shinto shrines. She was impressed to learn that Komatsu had created a chunk for the shrine. The painting “Shin-Fudoki” that Komatsu devoted to the shrine in 2014 becomes a turning factor in her career because the effective iridescent mild that broke through the clouds at the shrine inspired her to use greater colorations.

On the stage at CMA, Komatsu implemented acrylic paints, from purple, purple, orange, and yellow to inexperienced, blue, crimson, and white, without delay from tubes or from bowls in which she blended hues. Using a brush and her arms, she drew sudden strains in various hues and Sumi black, occasionally throwing the comb or the paint on the display screen. As she moved backward and forward, bending down at instances and climbing a stepladder at others, the chaotic photograph gradually advanced into the figures of chimera-like divine spirits, incorporating falcons, deer, birds, dragons, and some of small komainu (guardian lion-dog).